The Damage . . . can you guess what happened here? 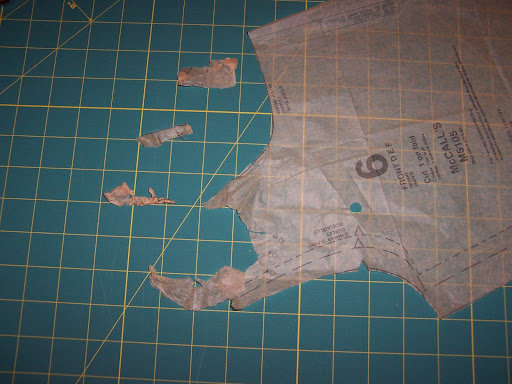 I was working on a muslin version of a t-shirt over the weekend and I thought Penny was chewing on a bone.
Imagine my surprise when I looked down and she had this pattern front hanging out of her mouth.
I managed to save the pieces, but by the time they dried out they were a wadded up clump of tissue with dog slobber for glue. ARGGG!
The Repair: At first I thought I'd have to buy a new pattern packet. But lucky for Penny, this particular pattern includes several styles and multiple choices for front pieces.
I saved the extra bits and pieces of pattern tissue whenever possible, so I had enough to cut and paste a patch were the shoulder should have been.
Then I placed one of the other front pieces under the damaged piece, matching up the armhole and shoulder lines and markings, and traced onto the new patch of tissue. 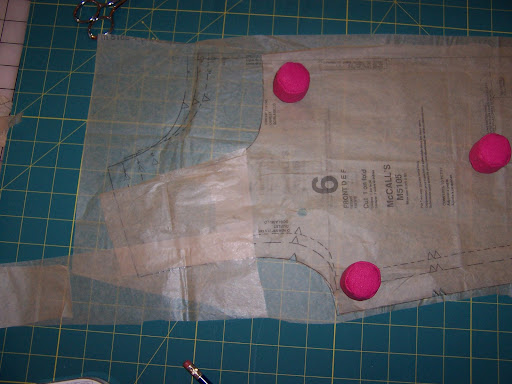 I used my french curve to re-draw a neckline. 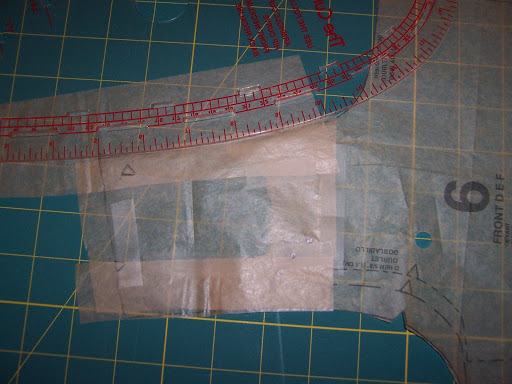 Then darkened the lines with a permanent marker. Almost as good as new. 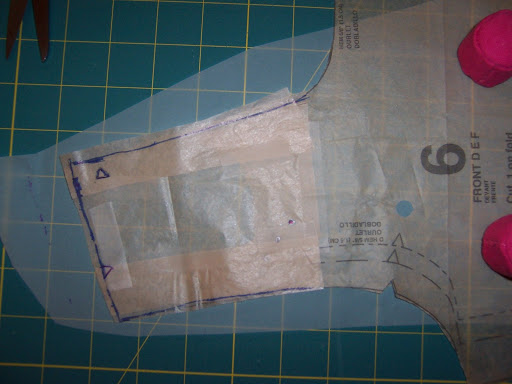 You don't have to see it to know this is a sad puppy face: 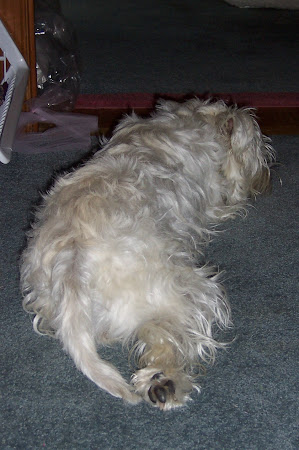