This Christmas Puppy Latch Hook Rug was included as one of my in-progress projects in my July "catching up" post on Needlework Finishes. 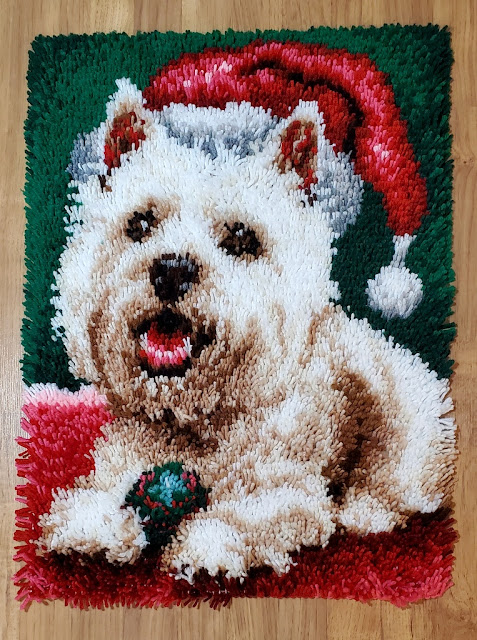 This kit from J.P. Coats was in my to do box for a very, very long time. I purchased it online from JoAnn.com in November 2002, and I must have started a few rows sometime before 2015 because when I picked it up again in November of that year, there were a dozen or so rows completed. I tried to work on it for a few nights, but at that time, my fingernails were weakened and starting to die off because of chemo, so I had to put it away again.
After Keli's passing, I felt compelled to work on the many Westie projects that have been in my stash for years, beginning with this one. In late December 2018, two months after we lost Keli, I worked on it steadily and managed to finished about 3-5 rows per day, until the last stitch in February 2019.
I took photos every week or so to show my progress, which also helped keep me motivated. I had reached the Westie's mouth by the end of January. 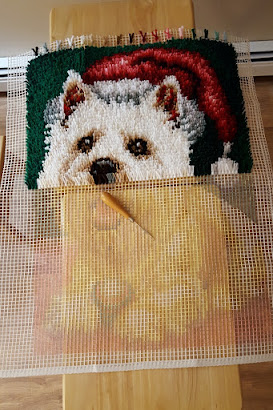 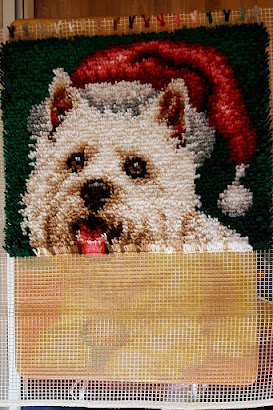 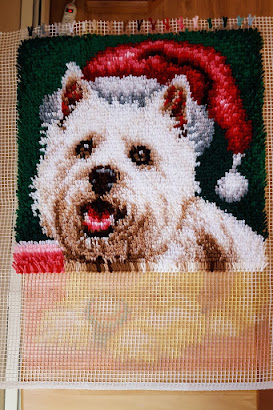 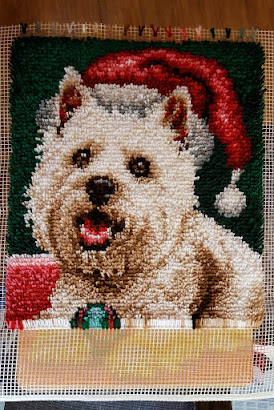 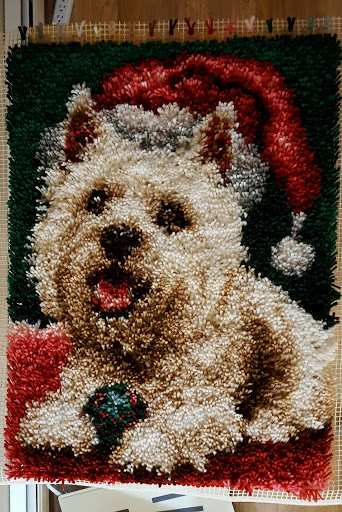 I put off finishing the raw edges for over a year because it seemed complicated at first and I needed to do more research. Since I've been working this summer on finishing all the in-progress projects from my July "catch up" post, I really couldn't find a good excuse not to tackle this one next.
I found basic latch hook rug finishing instructions on Pinterest and realized that it shouldn't be too difficult to bind the edges. Links to the tutorials I used for reference are at the end of this post.
Once I started stitching, I was surprised that it only took a little over 3 hours to finish, and then I felt a little bit guilty for procrastinating so long.
The first step was to trim the raw edges to about 1 inch away from the yarn loop stitches. 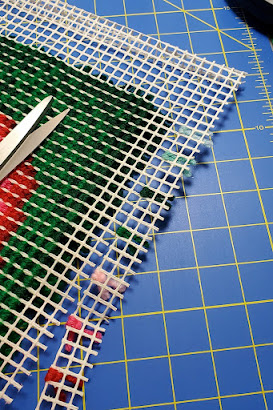 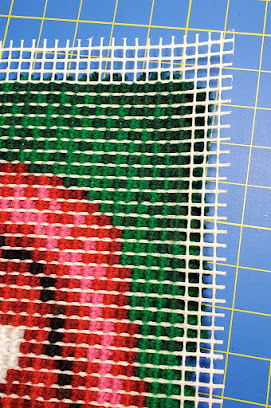 The raw edges were folded to the back, then whip-stitched through both layers of canvas, all the way around the four sides, using ecru perle cotton #8 and a large tapestry needle. 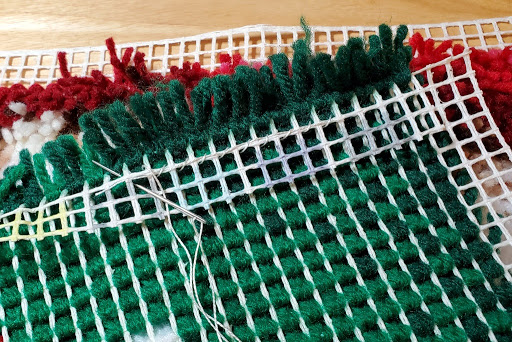 I trimmed the overlap at each corner, refolded and stitched the turn through both layers. 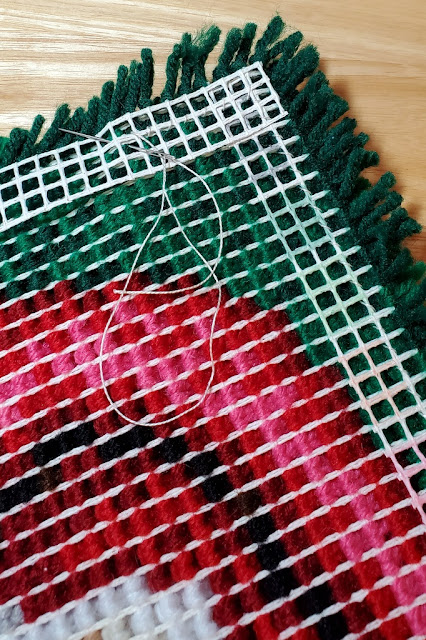 Here is a view of the back with the binding all finished: 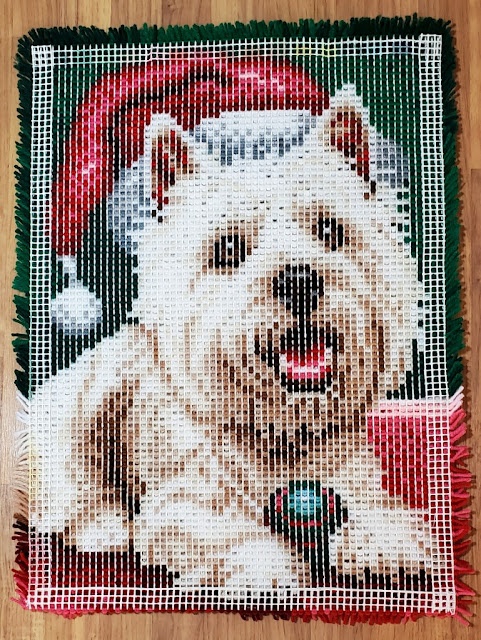 The question now is, where do I keep and display this Westie rug? It's too nice to go on the floor, so until Christmas, it is resting on a couch in our "formal" living room, also known as the Westie room, which is where most of my Westie collection is displayed.
All photos for this project can be found in my Google photo album, Christmas Puppy Latch Hook Rug.
Finishing tutorials I used for reference:
1) Hands Occupied by Heidi Gustad: Basic Latch Hook Finishing For Small Projects
Blog post dated June 2018 with clear, simple instructions and photos
2) Alex Jayne: Tutorial: How to finish a Latch Hook
Blog post dated January 2014 with instructions and photos
Labels: Holidays Home Dec/Crafts Needlework Westies