There isn't too much sewing going on around here lately. I am working on a post to show how I re-modeled my Mets T-shirts, but I've been somewhat uninspired since the last game at Shea.

Mostly, I've been taking advantage of the warm, dry weather this October to do my fall yard clean-up. I was supposed to do a late-summer clean-up in August and September, but other activities diverted my attention. I'm almost finished now and when I get the photos off the camera I'll share some.

For now, I'm sharing a bit of a flashback on past Halloween projects, kind of like last year's Autumn Needlework Flashback post.

I've shown Betty Broomstick before, but I still get a giggle when I put her out for display. She's from a retired Lizzie*Kate kit that I completed in 2006: 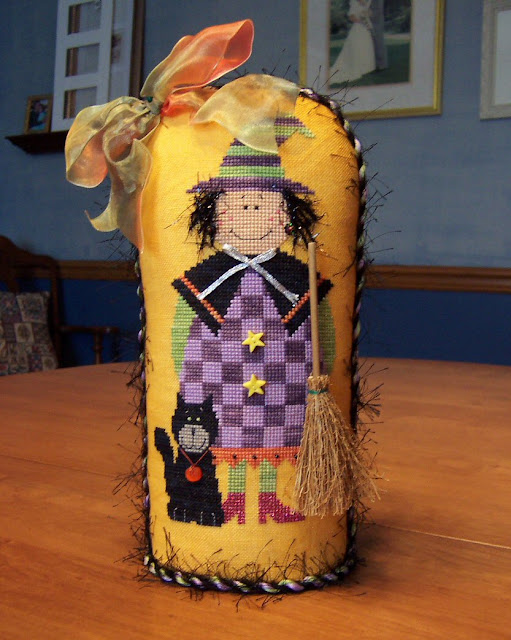 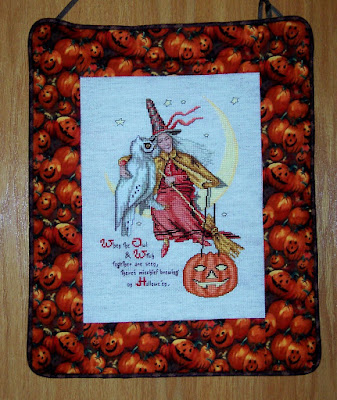 This design is by Carol Emmer and appeared in Holidays Remembered from the Leisure Arts' Christmas Remembered series, Book Five. The verse reads:


When the Owl & Witch together are seen,
There's mischief brewing on Hallowe'en.

In 2001, I re-worked the stitched piece to make it into a quilted wall hanging (photo at right). I originally completed the cross stitching in 1994 and finished it as a simple banner like this (below): 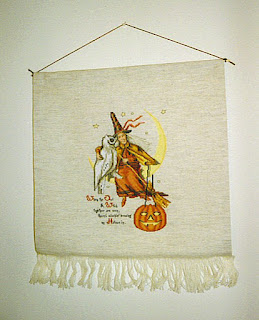 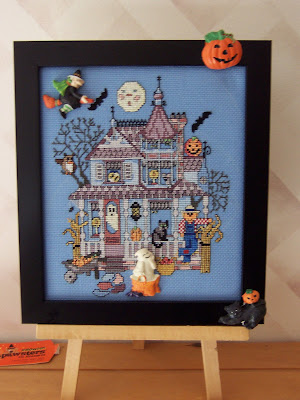 And finally, there's the Haunted House from Cross Stitch Quick & Easy magazine's Oct/Nov 1990 issue, which I stitched in 1994. This design calls for glow in the dark blending filaments in the moon, pumpkins and a few other spots.

Originally, I finished this by mounting it on a padded self-stick board glued to a "wreath" of fabric strips tied to a large brass ring. In 2001, I decided to mount it in the more traditional black frame and glued on resin embellishments. 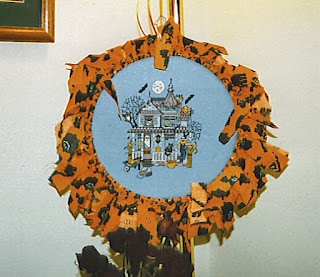 I almost forgot to mention these two Teenie Tweenie samplers from The Sweetheart Tree: 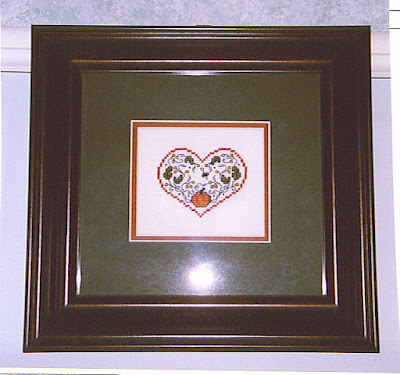 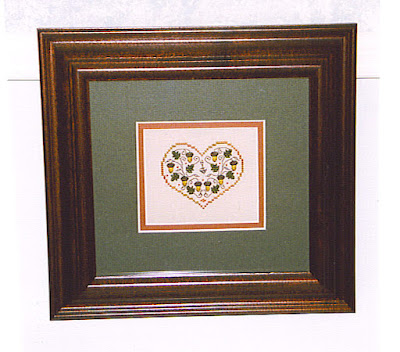 
I stitched them both in 2000 and cut the mats myself (frames were purchased from American Frame).

I guess I really haven't stitched too many Halloween decorations . . . last year I made a large fabric pumpkin, but that was machine embroidered. 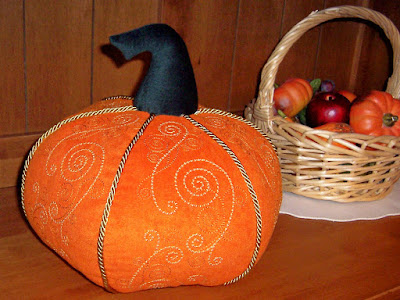 I'm working on a couple of simple Halloween pieces for Keli and Penny to wear; when I can bribe those two into modeling them, I'll share those later this month.