A Sassy Bag for Nikole

I finished this Lazy Girl Designs Sassy Bag on Sunday evening, after witnessing the Mets' collapse earlier in the day . . . I felt better after spending a few hours stitching. 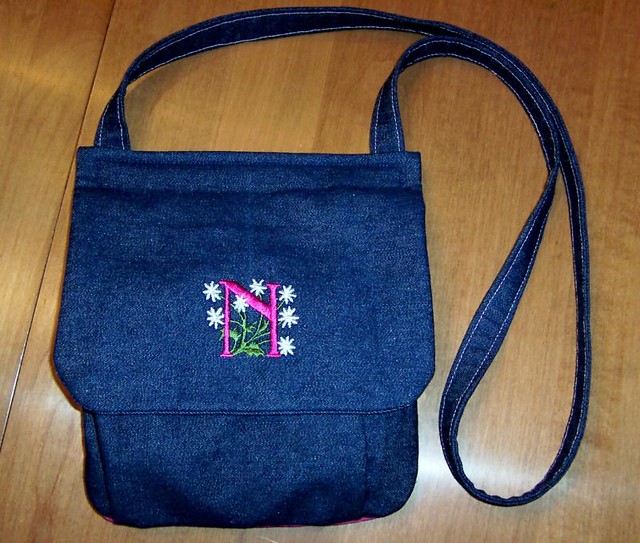 I made this out of a remnant of lightweight denim and two pink patterned cotton fabrics. Here's the back: 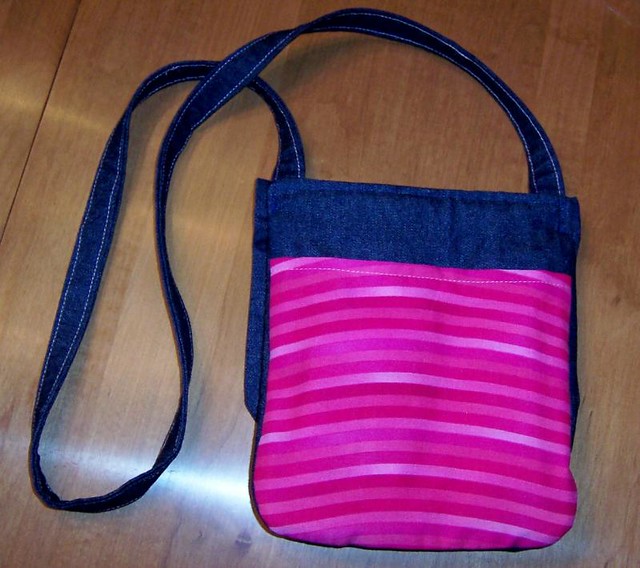 And a peek inside: 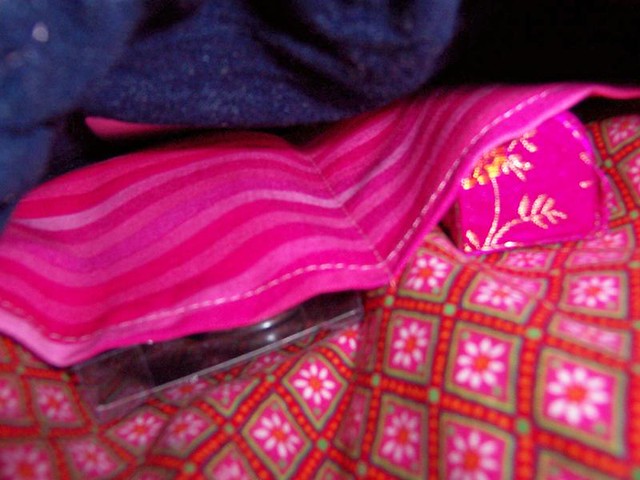 A few extra goodies are tucked into the pockets! There's a lipstick holder, a purse hanger and small compact mirror -- and they all have that pink color in common.

I recently ordered woven labels to put on my sewing projects; this is the first one I've had an opportunity to apply to a project (it's on the inside of the front flap: 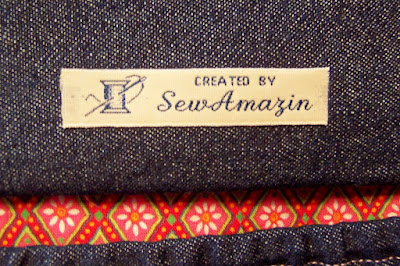 Here's a close-up of the embroidery on the front: 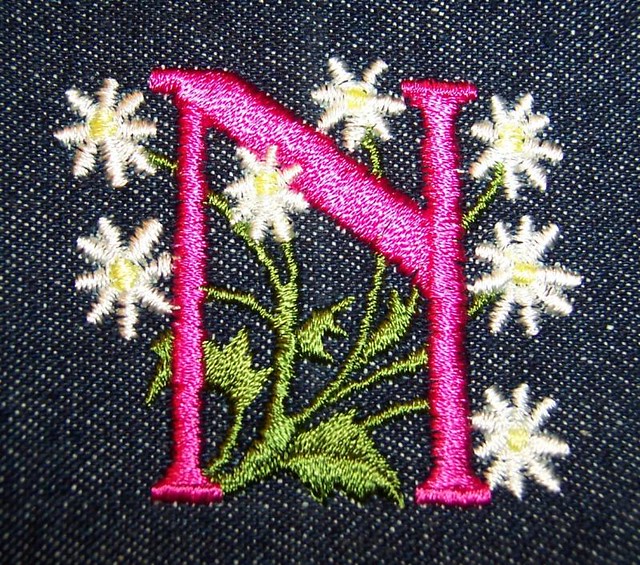 The pattern was a little tricky to follow at first; I didn't use fat quarters or follow any project photos so I had to be careful cutting out the pieces in the fabrics I chose. My choices for front, back, pockets and straps were different than recommended and were not cut in the recommended order. The rest of the instructions were very clear, but of course, I had to add my own touches.

I did all the stitching and topstitching in pink thread to coordinate with the pocket fabrics. Except for the last step for attaching the flap to the body of the bag -- I used dark navy thread so that it didn't stand out.

In place of decorative buttons as suggested in the pattern, I wanted to embroider the initial design on the front flap. I did that step before assembling the front section, which meant I had to change my machine set-up from sewing with the dual feed foot to embroidery mode and back again. I cheated a little and used some Steam-a-Seam fusible to close the opening for turning the front right-side out rather than hand stitch it. I also used the Steam-a-Seam to attach my label.

Finally, instead of sewing in velcro as directed, I waited until the bag was finished and ironed the new velcro Fusion in place as a closure. I really like those fusible notions!

I think the bag turned out rather well even though my sewing machine has been acting up; I mailed the package today, so it should arrive just in time for Niki's birthday.
Labels: Bags Purses and Totes Sewing