Last year I made some quilted iPad cases using in-the-hoop embroidery designs from Embroidery Garden. Originally, I bought only the design for the iPad mini case; later, I purchased the design for a regular size iPad case, after a friend liked the mini sample and wanted the larger size.

Both versions of the case are made mostly in-the-hoop, then are finished on the sewing machine. The flap is made first, then the body of the case is made in a second hooping.


Kris gave me two bunny fabrics from her stash to use on her cover. I used the larger scale white rabbits for the outside of the cover and the smaller print for the lining. 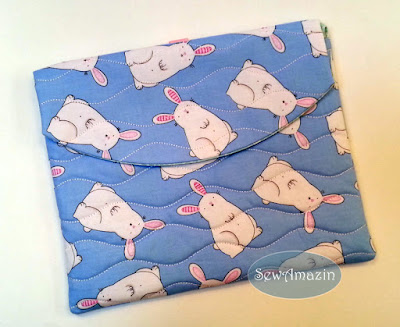 The flap, front and back are all padded with cotton batting. The front and flap are lightly quilted. 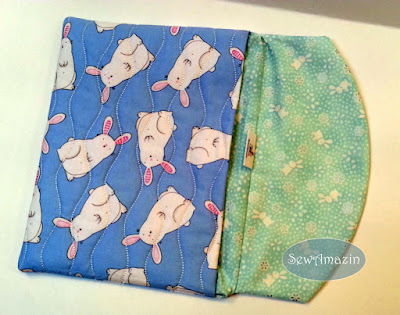 After the embroidery and sewing steps are complete, the case is turned a couple of times so that the cover and flap are on the outside and a pocket is formed on the back side. The tablet slips into the front and the back pocket is for holding charging cords and other accessories, secured with a snap closure. I used pink ribbon to match the bunny ears for the tab closure on this iPad cover. 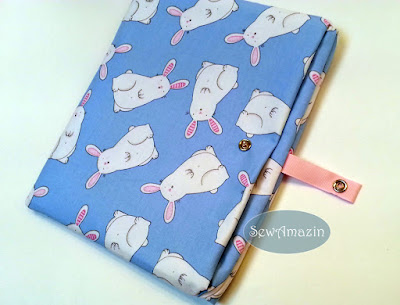 A velcro or button closure are optional for the front flap but I did not add one because I was certain that Kris would have some cute carrot buttons in her stash.


I liked the way this case turned out, so when my niece got an iPad for her birthday last August (2013), I made one in red, her favorite color at the time. 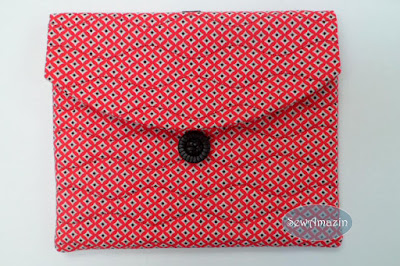 The closure for the back pocket is made of black ribbon with a red snap. 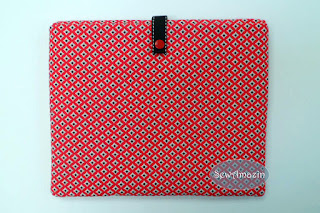 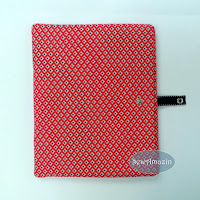 I forgot to add the elastic when making the flap, so stitched in on by hand afterward, along with a shank style button for a closure. 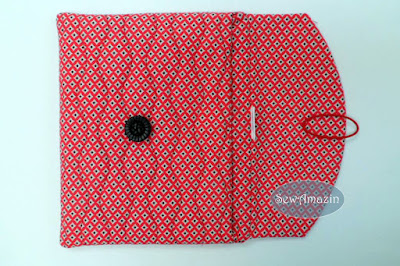 I recently made an iPad mini case in the same fabric for another friend, using fusible Velcro instead of the button closure.