A few months ago, I received a request for a custom-sized tablet cover to go with some of my Watermelon Westie accessories (blogged in March 2013). The request was very specific about the size and features needed: an envelope style flap closure with two compartments, one a padded section for the tablet and the other for holding a charging cord, stylus and other necessities - she even attached a sketch! I was thrilled, that she knew exactly what she wanted because that made it SO much easier to look for a suitable pattern!

Not finding the perfect pattern in my collection, I turned to Pinterest for ideas and inspiration. After sorting through various designs, I found the Gadget Guard PDF sewing pattern by Dog Under my Desk. This pattern was already on my 'wish list', and this was a good excuse to buy it! I was confident I could make a couple of modifications to incorporate the requested design features for a customized tablet cover.

After downloading and printing out the instructions, I made my first sample Gadget Guard, sized to fit my Samsung Galaxy tablet and using the same fabrics as my sample journal cover, blogged last month. 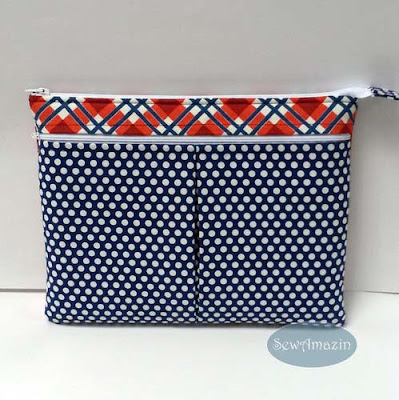 The pattern instructions are extremely detailed and each step has a helpful photo illustration. The design is versatile and with a few calculations, it is easily adapted to fit any device. It can be customized so that the zippers open along either the long or short edge of the case. As designed, the case has a padded zippered compartment for the tablet, with one expandable pocket on the front for the accessories. I switched up the fabric placements a little, so it would resemble my journal cover. 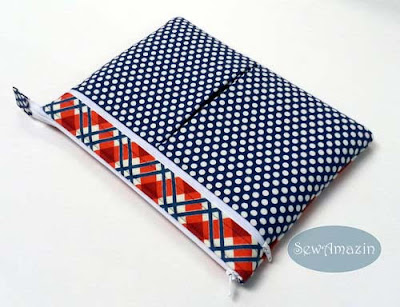 I like the way the zippers are installed, and I especially like the way the top zip opens wide for a snug fit - and the fabric tab on the end is quite clever! My Samsung tablet with a Belkin bookstyle cover fits perfectly inside this case. I really like this pattern and would happily make more! 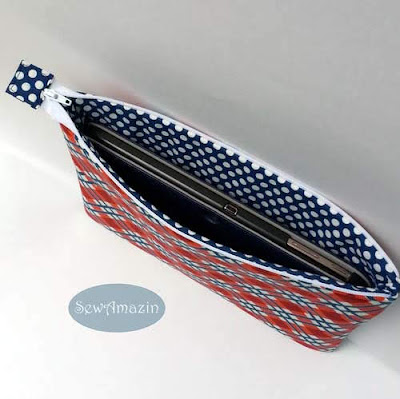 I needed to make a second sample so I could test adding on a flap closure and ruffling the front pocket so it would resemble the pleating on the Watermelon Westie Sunglass Case. For this sample, I used some black and white damask print fabrics from my stash. 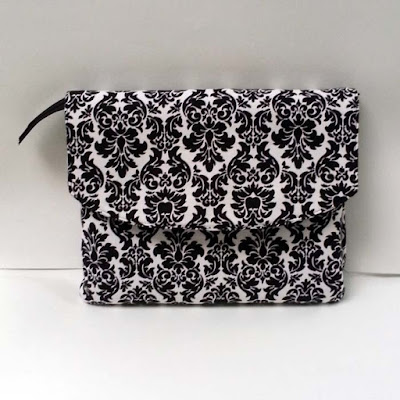 To create the ruffled look on the pocket, I tried using a gathering foot, but the two layers of fabric were too heavy and didn't gather up nicely. Then I remembered I had a ruffler foot in my collection, but had never used it before. It took only a few minutes to set up and stitch out a test piece of fabric - and it worked perfectly! It was a little tricky sewing the ruffled fabric to the zipper, though. 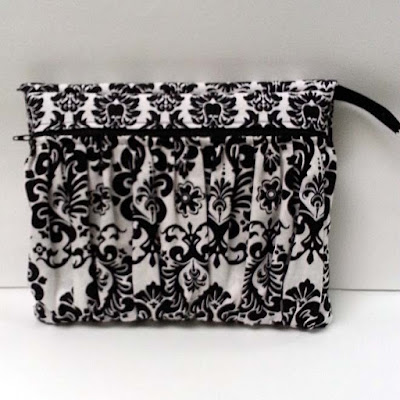 The flap I added is loosely modeled after those from the Embroidery Garden iPad cases in my previous blog entry. I added it to the 'front' side of the Gadget Guard in Step 4 of the instructions, inserting it between the zipper and the 'front' pocket side. The flap closes on what used to be the 'back' of the original Gadget Guard design and the pocket side is the 'new' back. 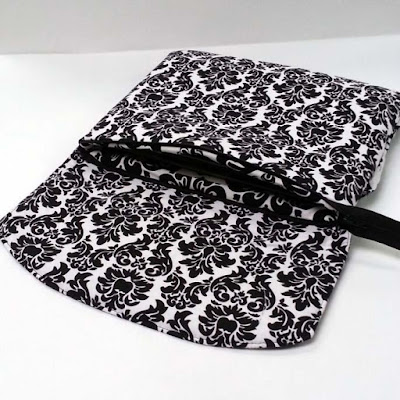 Finally, I was ready to make the revised version of the Gadget Guard in Watermelon Westie fabric. I carefully cut the fabric so that one Westie is featured on both sides of the flap closure and two repeats of the design are on the front of the tablet case. 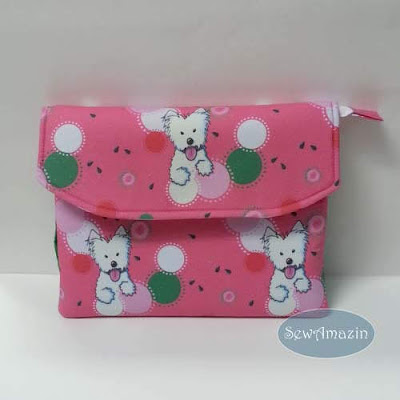 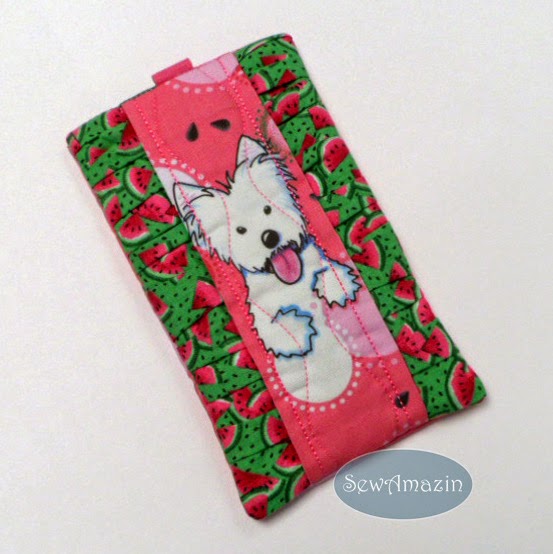 I don't have any more of the tiny watermelon fabric that I used on the other Watermelon Westie accessories, so the ruffled pocket is made in a print that resembles a watermelon rind. 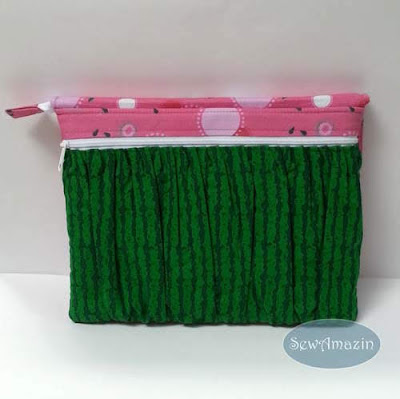 This version is sized a little larger than my samples, to fit the custom size requested. The flap is secured with velcro. 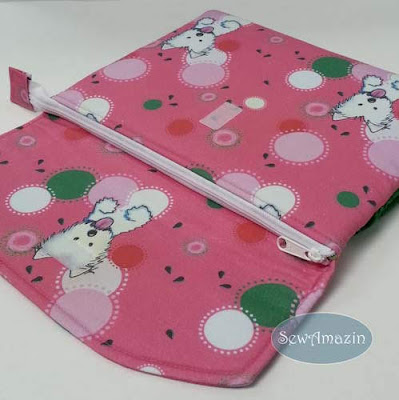 I thought it turned out well and was quite pleased with the finished tablet case. But what really made me smile was the note I received from my customer saying it's a perfect fit and she loves it. :-)