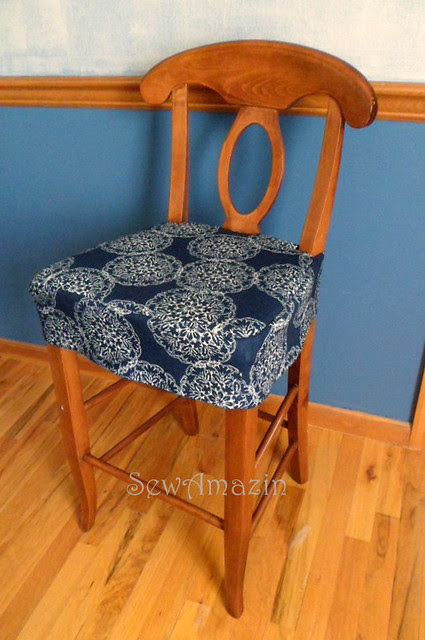 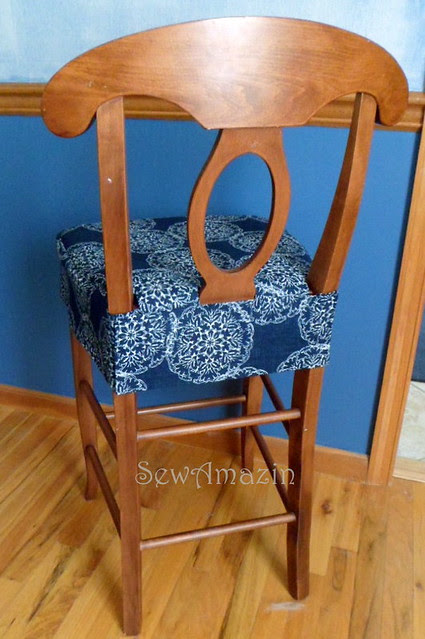 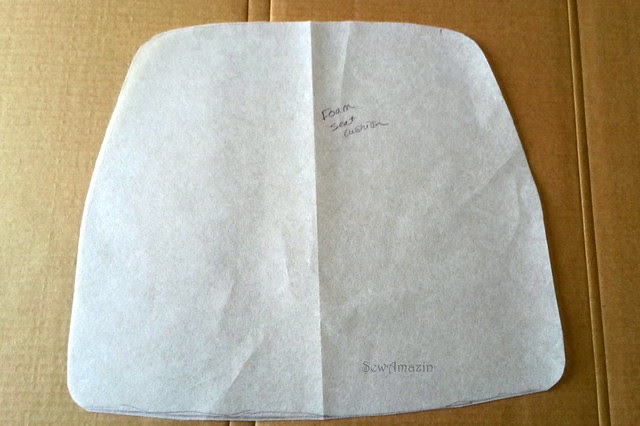 The pattern for the seat was used to cut out the foam padding. I used a water soluble pen to mark the cutting line and large scissors to cut the Nu Foam cushion inserts, purchased from our local JoAnn Fabrics. 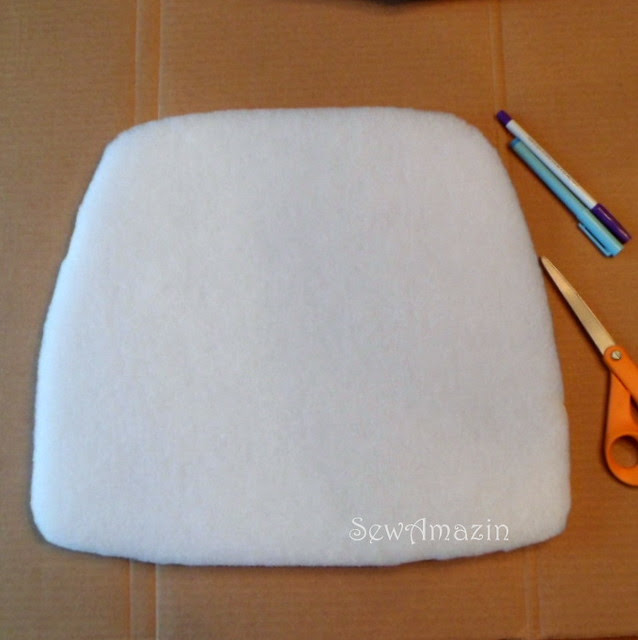 The photo below shows the pattern for the bar stool seats compared to the seat of one of the other kitchen chairs. I added the extensions to the pattern piece at the back of the seat to fit around the chair back. 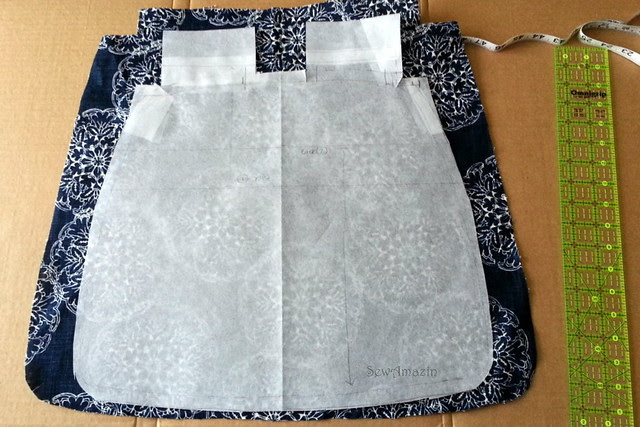 With the cushion in place on the chair, I pinned together a muslin version of the seat cover, adding seam allowances and adjusting the fit of the skirt and back extension cutout as needed. The easiest way to make it all work was to make the back skirt completely removable. 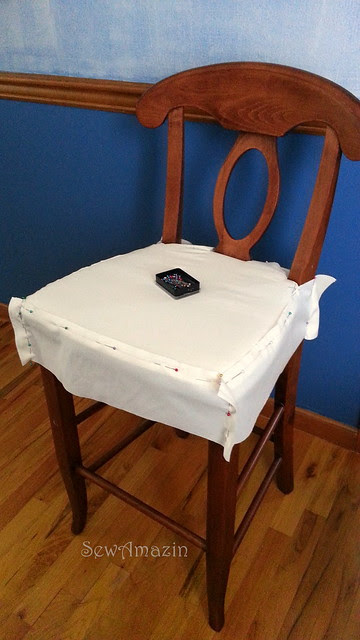 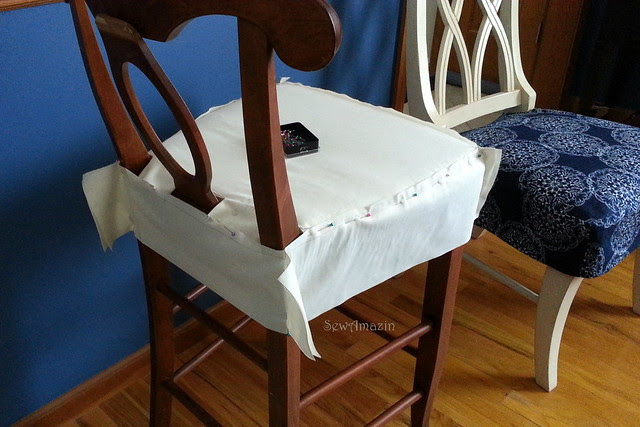 To make the padded cover, it needed to be assembled kind of like a pillow, with a skirt added along the edges. I wanted the cushion insert to be removable for cleaning, so the bottom part of the 'pillow' was made of two slightly overlapping pieces - a facing piece and a bottom lining.

For stability while sitting on the stool (and hopefully to put less stress on the velcro attachments), I used non-skid fabric for the bottom lining. The top edge of this non-skid piece was hemmed for a clean finish before attaching it to the seat. A teflon foot and some tearaway stabilizer on the bottom made it easier to stitch over the bumpy rubber dots. 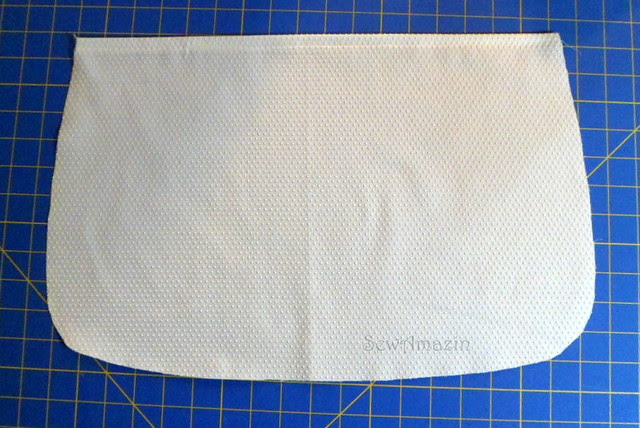 The facing piece was made of home dec fabric. The bottom edge is finished using a 3-thread overlock stitch on the serger before attaching it to the seat. 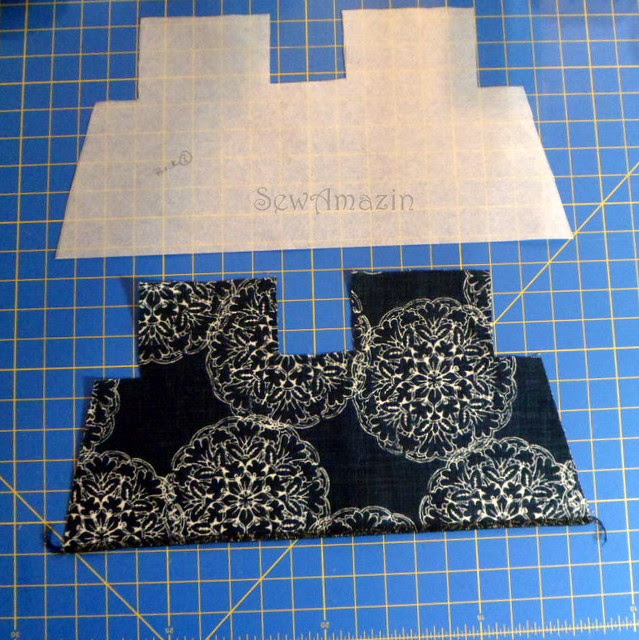 To assemble the cover, first the facing piece was sewn to the seat with right sides together at the back edge and extension pieces only. 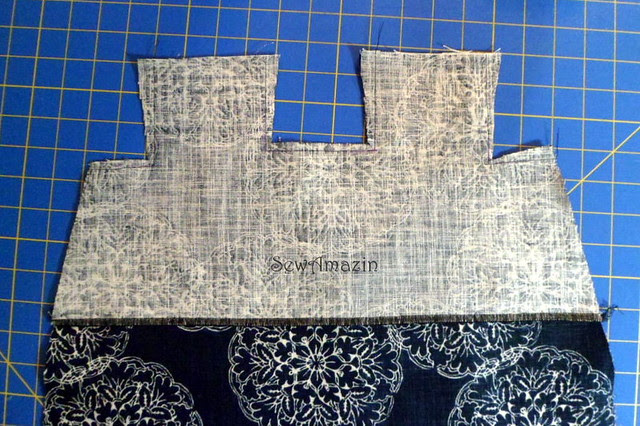 The seams were trimmed, corners clipped and then the facing was turned right side out and pressed. Next, the non-skid fabric and facing piece were basted to the seat top (wrong sides together) by stitching around the outer edges. The facing piece overlaps the non-skid bottom lining. 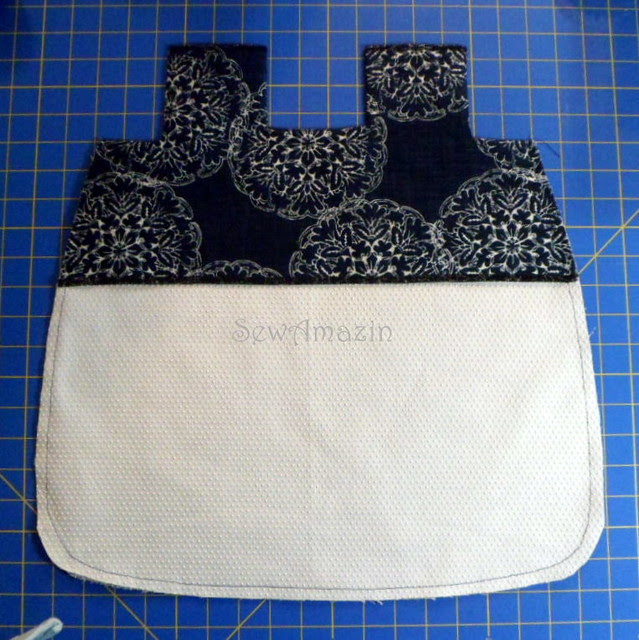 To prepare the skirt pieces, the front sections were sewn together and raw edges finished with the overlock stitch on the serger. The back skirt piece was prepared the same way. 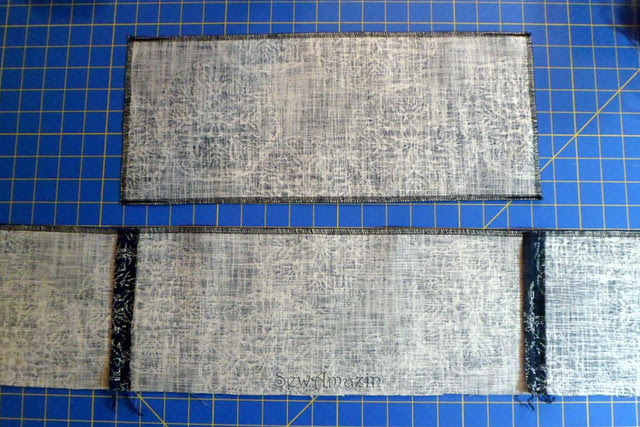 The hems were folded and sewn with a blind hem stitch. The back skirt was also hemmed along the top edge. 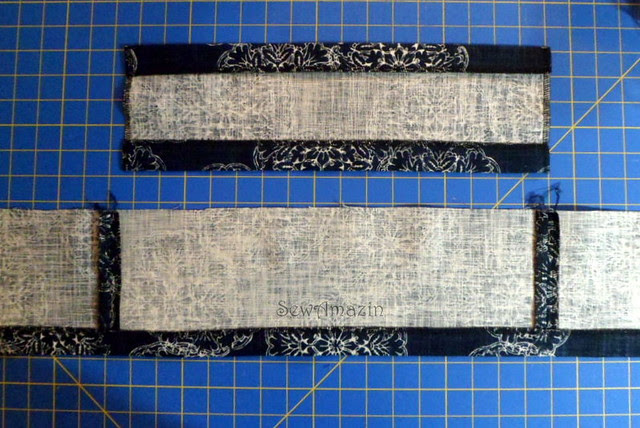 The front skirt was sewn to the seat, matching the pieced seams of the skirt to the corners at the front of the seat, then the entire seam was finished with an overlock stitch on the serger. 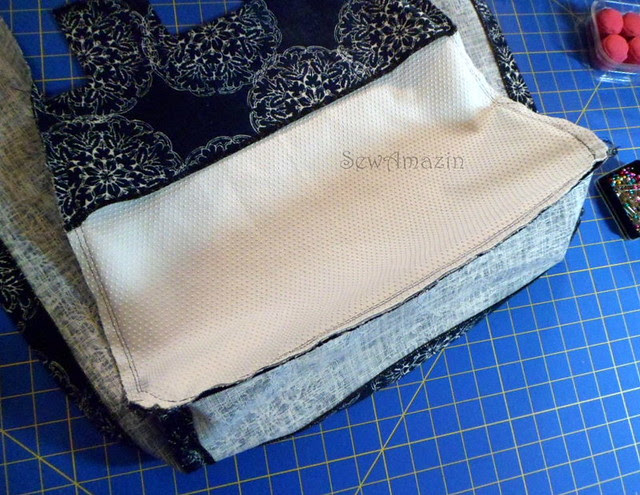 Here's a close-up of seams inside the cover. 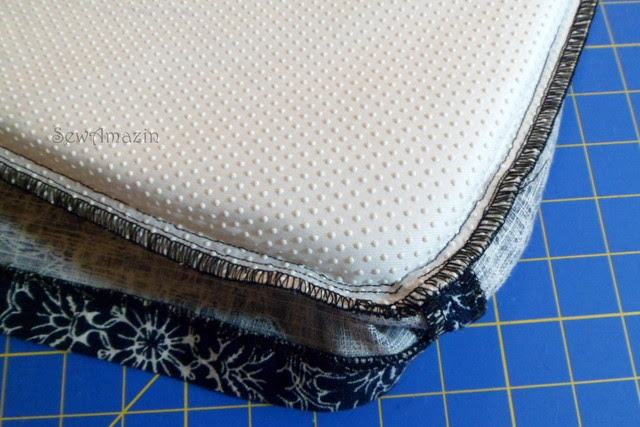 The last step was to sew on the velcro and top stitch the remaining side hems in place on the skirt back. 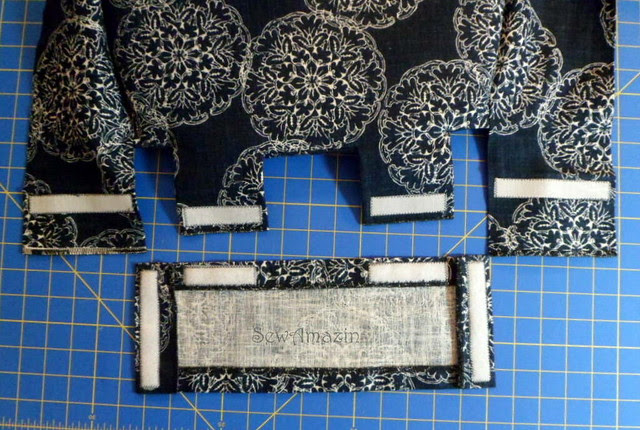 Here's a view of the back, with the skirt about to be secured to the rest of the cover: 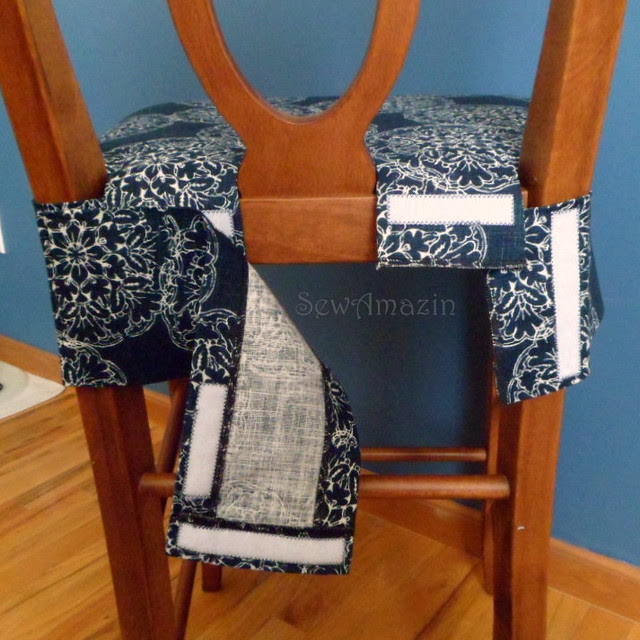 The kitchen chair covers in part 1 were assembled in a similar fashion, but without the cushion and bottom lining.
Labels: Custom Orders Home Dec/Crafts Sewing Slipcovers