December 31, 2011
Just in time for Black Friday and Cyber Monday, I added a new section to my SewAmazin ArtFire Studio for Embroidered Towels, featuring these machine embroidered Westie applique designs.

I digitized the applique design using Penny's Free Westie Pattern with permission from the designer, Penny Sanford Fikes. A portion of the sales of every item the the design is stitched on will be donated to WestieMed or Westie rescue.


The inspiration for the towels was a photo of similar bath towels sold by a famous designer a year or two ago, but I added my own twist.

The first few sets were stitched using this fun stripes and dots fabric on light green (celadon) towels, and I was amazed at how quickly they sold out! I received requests for custom colors on other towel colors, too! 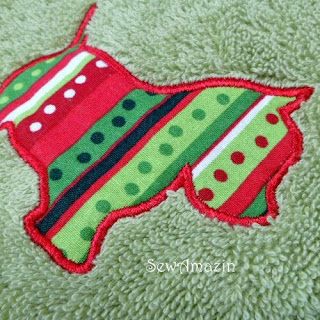 In my original plan, I intended to list this complementary color combination, using the same green and red stripes and dots fabric on red (garnet) towels. 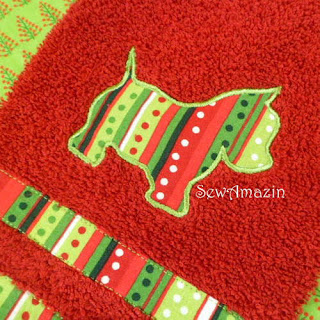 I managed to get these done and listed before Christmas. 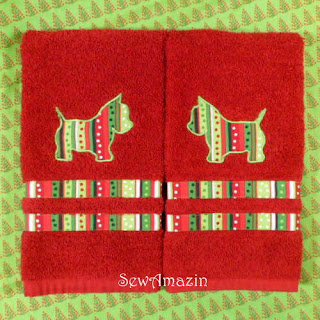 The applique fabric for this set of towels has pink and red stripes like candy canes, stitched on dark pink towels. They could be used for Valentine's Day, too. 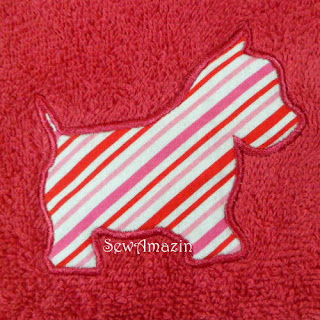 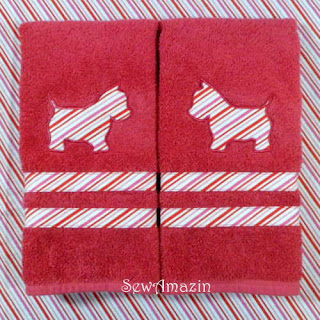 One of the requests I received early on was for blue terriers on white towels. It was hard to send these away - I wanted to keep them for myself! 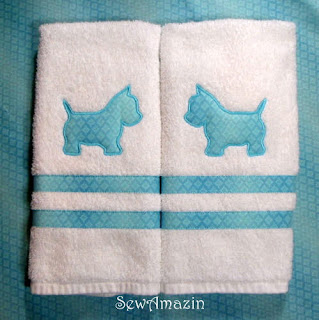 I plan to add more Westie applique towels to my shop in the spring, in addition to other designs.