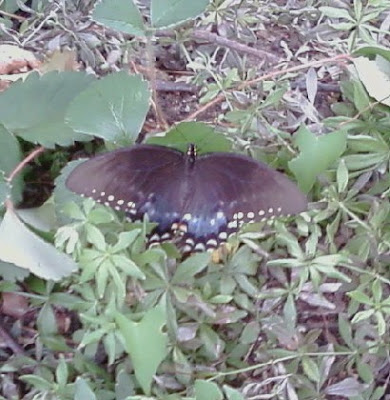 It's the dog days of summer and I just realized its been well over a month since I've posted anything here and even longer since I've shared what I'm working on. I could list the reasons why I haven't posted, but that would be boring (and just a bit whiny), so I'll just say I've been busy doing stuff instead of writing about it.

One of the excuses reasons I haven't posted is that I haven't bothered to transfer photos from my camera to the computer to Flickr. Why? Because I'm lazy and haven't taken photos of everything yet and I don't want to download/upload multiple times, and now there are so many other photos to sort through, I'd need half a day to do it in an organized manner.  And I'm still trying to eradicate the weeds in my garden and paint the kitchen before summer is over so spending half a day on photos for the blog just doesn't seem as important. See, I told you it would sound whiny.

This entry is going to be a list of sewing and crafting items I worked on this summer and hopefully I'll get my act together and write real blog entries for each one soon. The photos included in this post have nothing to do with sewing ... they're photos of my garden. I just hate blog entries that have no photos.

Let me start by mentioning this year's batch of Cool Ties for the Mahwah Marine Moms. I forget exactly when I worked on these; it was probably late June/early July. It was in between painting and weeding and other projects, but I remember I spent a couple of evenings cranking out about 30 Cool Ties. Not as many as previous years, but at least I got a few done. You can read a nice article about the Moms here: NorthJersey.com: N.J. moms have lots of love to give. I hope I'll be able to do more next year.


Remember when I was working on some crochet projects for Stitch N' Pitch back in May and June? Well, the baseball scarf is unchanged, but the two tone tote is finally finished. Then there was the La Boheme Scarf kit that I finished in May (see my Ravelry link) as well as the felted Westie sweaters - those are done, too. I just finished sewing the hook and loop closures on them over the weekend, but I'm having a hard time getting Keli and Penny to pose for pictures wearing them.  I don't really blame them; who wants to wear a wool sweater in August in 90 degree weather?

I was on a roll with yarn projects and kept going; they were mostly quick and easy projects I could work on while watching the Mets or when I was too tired to sew. Here's a list with links to their corresponding Ravelry page in case you're interested in a few more details. Some have in-progress photos and some don't:
In July I ignored all my other projects and started making some shorts.  I had only one good pair of RTW shorts that fit me well enough to wear in public and I couldn't stand wearing long pants in the heat any longer. I bought McCalls 5857 last summer after reading a number of reviews on PatternReview.com that suggested this pattern would be a good fit for my shape. The reviews were right. I finished 3 pairs of shorts and planned on making 3 more, but I had a little accident that sidelined me from doing much of anything for a couple of weeks. I'm still trying to get back into shorts-sewing mode.

Before I could get back to the shorts, I started making insulated water bottle carriers. I needed one for myself and it occurred to me that they'd make good birthday gifts, so I bought a bunch of reusable water bottles and started making customized carriers. So far, I've finished 6; two are mine and 4 were gifts.  Before the year is over, I may make half a dozen more.

Last on the list are personalized beach towels for several nieces and nephews. This was a quickie; I just purchased a few towels at Bed, Bath & Beyond and embroidered names on the ends.


That brings me up to date - thanks for hanging in there with me!