This year, I'm keeping all the niece and nephew gifts simple so I will have more time to finish the backlog of projects planned for myself, some of which are over a year behind schedule already. Also, I'm trying to use up as much as possible from my stash of fabric and other supplies.

Last weekend was nephew Ryan's second birthday party, and the theme was Thomas the Tank Engine. I purchased a train design from EmbroideryDesigns.com and did a little editing to insert color changes so that it would look similar to the invitation: 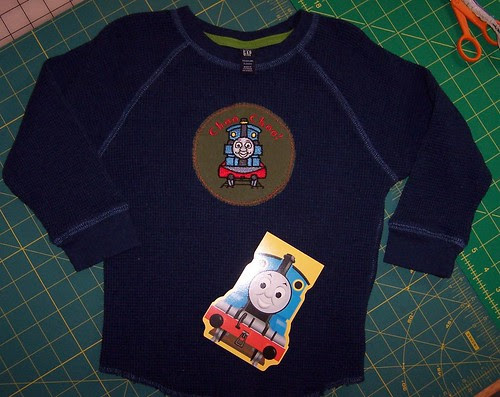 I embroidered the design onto a scrap piece of sweatshirt fleece, then fused the fleece with Steam-A-Seam 2 to the front of a previously purchased and laundered shirt (from the stash). I used a simple zigzag stitch to tack down the raw edges of the fleece. This way, the back of the embroidery won't touch the skin, and hopefully won't be too itchy.

Ryan is also a fan of the Disney Cars characters, and since the no-sew fleece pillow sham was such a big hit with our other nephews at Christmas, I made up a smaller version (purchased from JoAnn Fabrics), which fits an 18x18 inch pillow form (also from the stash): 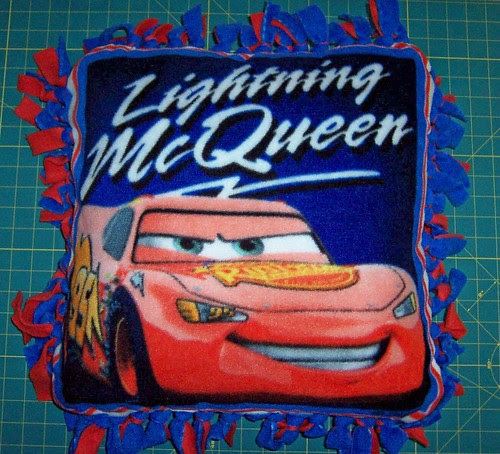 I also bought some coloring books with the Cars characters and a Thomas sticker book.

And to wrap it all up, since I can't possibly bring myself to use paper wrapping if I can avoid it, another over-sized Lazy Girl Designs' With Love Tote: 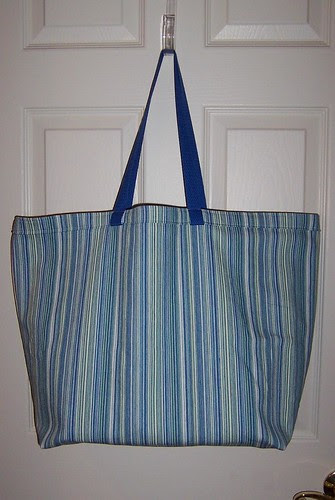 Recognize this fabric? I originally used it on Ryan's mom's "non-diaper bag" in 2007: 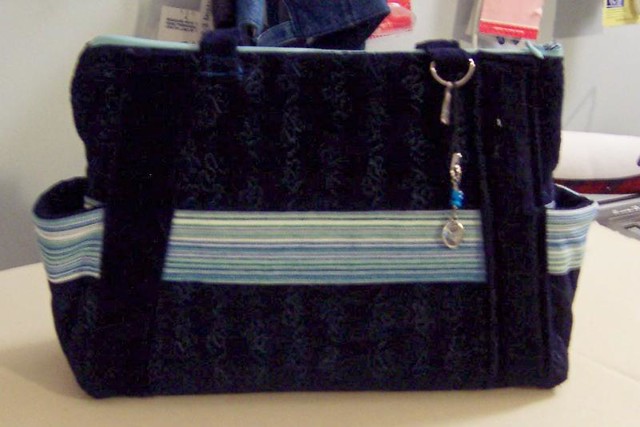 The handles of the tote are made of cotton belting. Not only does the new tote coordinate with the "old" bag, I used up the bulk of what was left over, so cleared up a small space in the fabric stash.

I have one more birthday gift to finish up for nephew Joseph and then I'm going to get to work on slipcovers for my old couch - a project that is at least 3+ years overdue!