Not much sewing has been accomplished since mid-June, for various reasons. This post is a semi-random list of what has been going on around here, just so it doesn't look like my poor blog has been abandoned.

Early last month I was working on finishing two pairs of pants from the PatternReview class, which I haven't posted about yet. The class was very good and I learned a lot about finishing techniques and upgrades for pants.

At the end of June, I took a quilting class on paper piecing at the Cozy Quilt Shoppe. This class was really good, too, and I enjoyed making a pair of paper pieced leaves, but I haven't had a chance to finish them yet. The Bahama Breeze Quilt I want to make uses this technique and I took this class so that I could be sure I understood how to do it correctly. At some point I'll post about the class . . .

I'm continuing to work intermittently on Cool Ties for the Mahwah Marine Moms.

In June, I found this vintage toy sewing machine at the Scranberry Coop: 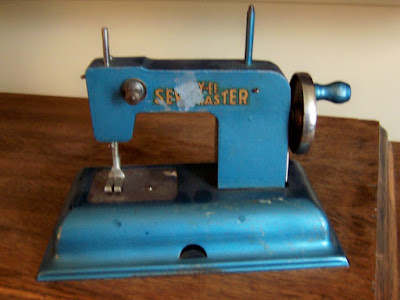 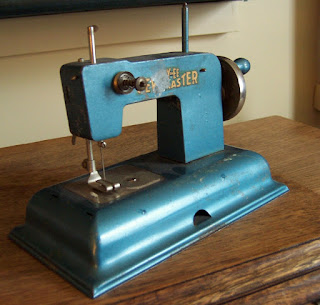 I don't know much about it yet other than it is old and I really like the color. I also brought home an old sewing company stock certificate and a pile of old thread spools.

By the beginning of July, the weeks of rain in May and June had produced more weeds than veggies in my garden, so when we finally had a few dry days in a row my energies were focused on removing them while the ground was damp and soft enough to get most of the roots out.

The color of the perennials in our garden have been especially vibrant this year: 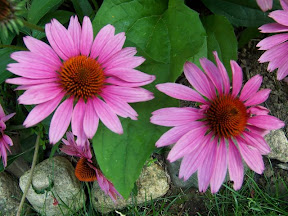 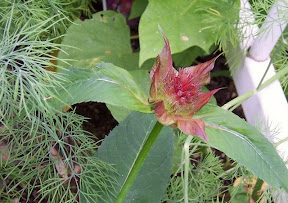 Earlier this month we attended our first Brooklyn Cyclones game at Keyspan Park in Coney Island: 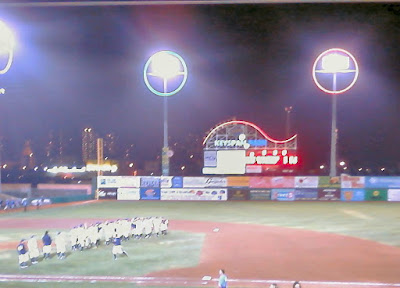 see all my Cyclone pix here - taken with my LG Chocolate, excuse the blurries

The Cyclones defeated the Aberdeen Ironbirds. Since the Mets have been floundering this year, it was nice to watch a team with a winning season. Go Cyclones! 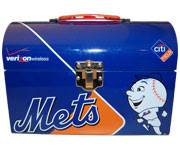 A few days later, we went to Citi Field for the second time this season to see the Mets win against the Reds. It was lunch box nite, and all fans (not just the kids) got souvenir lunch boxes. We arrived super early for the game and wandered the stadium as much as we could. Our seats were in the Promenade Club level along the first base line.

The Pesties (my new name for Keli & Penny, our Westie and Wauzer dogs) have been squabbling and fighting with each other on and off for several weeks. It has not been entirely pleasant around here and we still haven't figured out what may have changed their previously friendly relationship. This photo is from mid-May and they were actually napping side by side; lately they hardly want to be in the same room together, although they will play and take walks together. We have been working on training and exercise to modify their behavior, so that has taken quite a bit of time and energy (physical and emotional) away from my sewing. I think we are making progress . . . 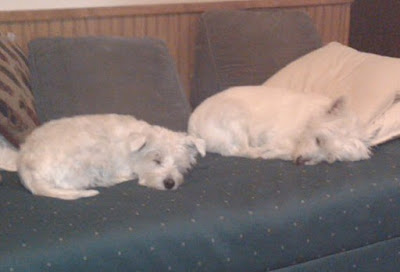 Anyway, that's about the long and short of it. I hope to post about the pants and quilting classes sometime soon, and I have a few projects I'd like to get to before the summer is over.

I'm just not sure when I'll be able to post anything new, so I'm declaring this a Blog Holiday for the balance of the summer. I hope to be back by September for National Sewing Month.